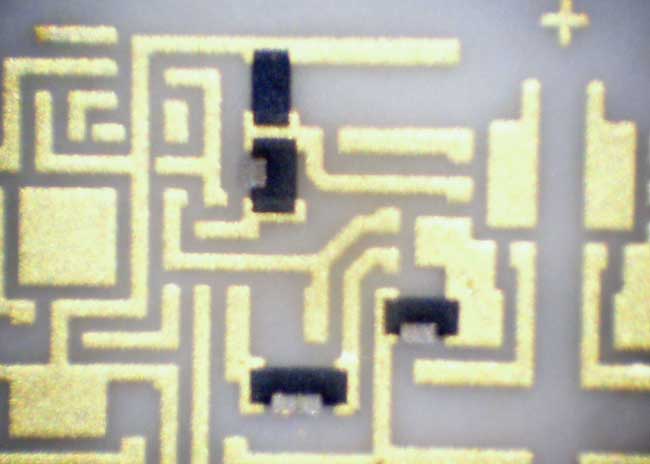 The resistive layer is printed onto a substrate at 850°C. The substrate is often 96% to 99% alumina ceramic. After the firing of the paste on the carrier, the film becomes glasslike, which makes it well protected against moisture. Unlike thin film, the thick film process is additive. This means that the resistive layers are added sequentially to the substrate to create the conducting patterns and resistance values. They can also be laser trimmed to exact tolerances of your design.

Advantages of thick over thin film technology are not only lower cost, but also the ability to handle more power, provide a wider range of resistance values and withstand high surge conditions.


Contact Us to talk to an engineer about your hybrid assembly today.

Talk To Our Engineers